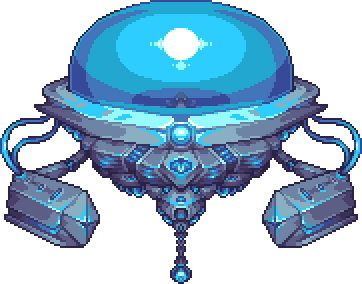 The Snow Monger attacks on a 10.8 second loop, and it will never deviate from it. When not in its lunging attack, it does not deal any contact damage.