The Spirit Mod adds 8 new bosses and 10 minibosses to the game.

There are 3 removed bosses.

2 Removed bosses are Hardmode and 1 is post-Moon Lord.

Ethereal Umbra was a large floating spirit summoned with an Eerie Wisp in the Spirit biome at night. It was removed because the files for the boss was broken. 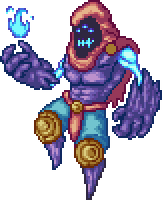 Illuminant Master was a spirit themed after the Hallow and he was summoned with a Chaos Fire at night. He was removed for the purpose of a new Hallow boss, the Empress of Light. 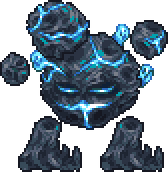 Overseer was an amalgamation of spirits summoned with a Spirit Idol in the Spirit biome at night. It was removed because the developers thought that the fight was poorly designed and outdated.